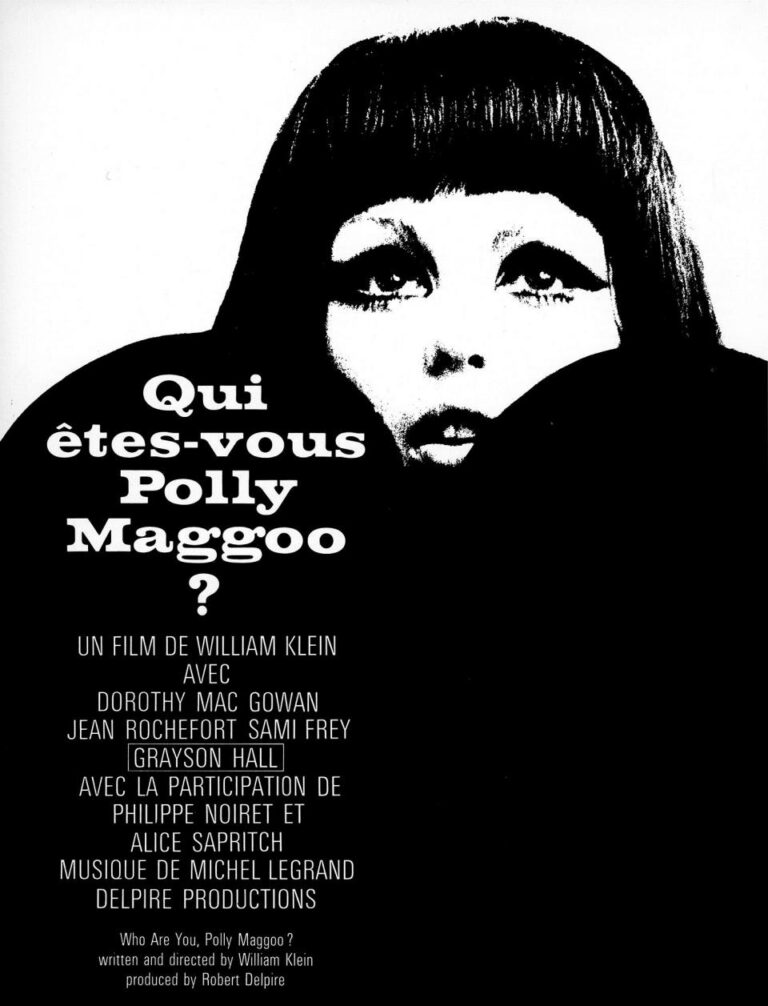 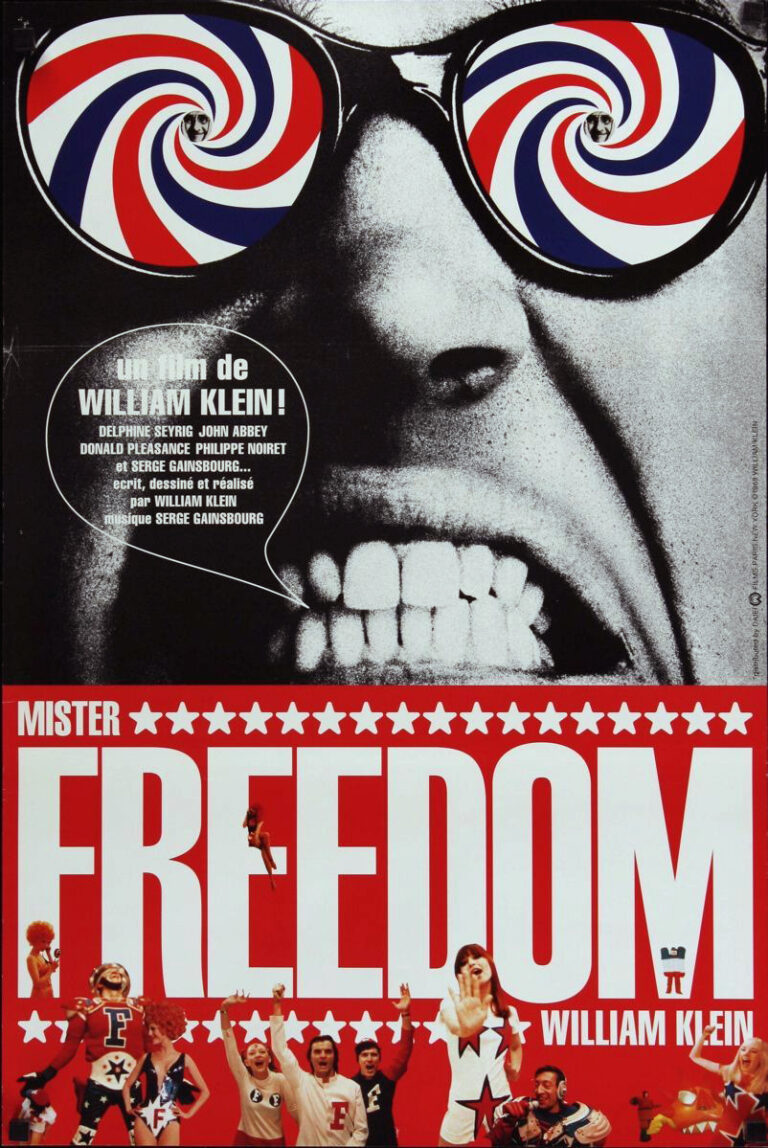 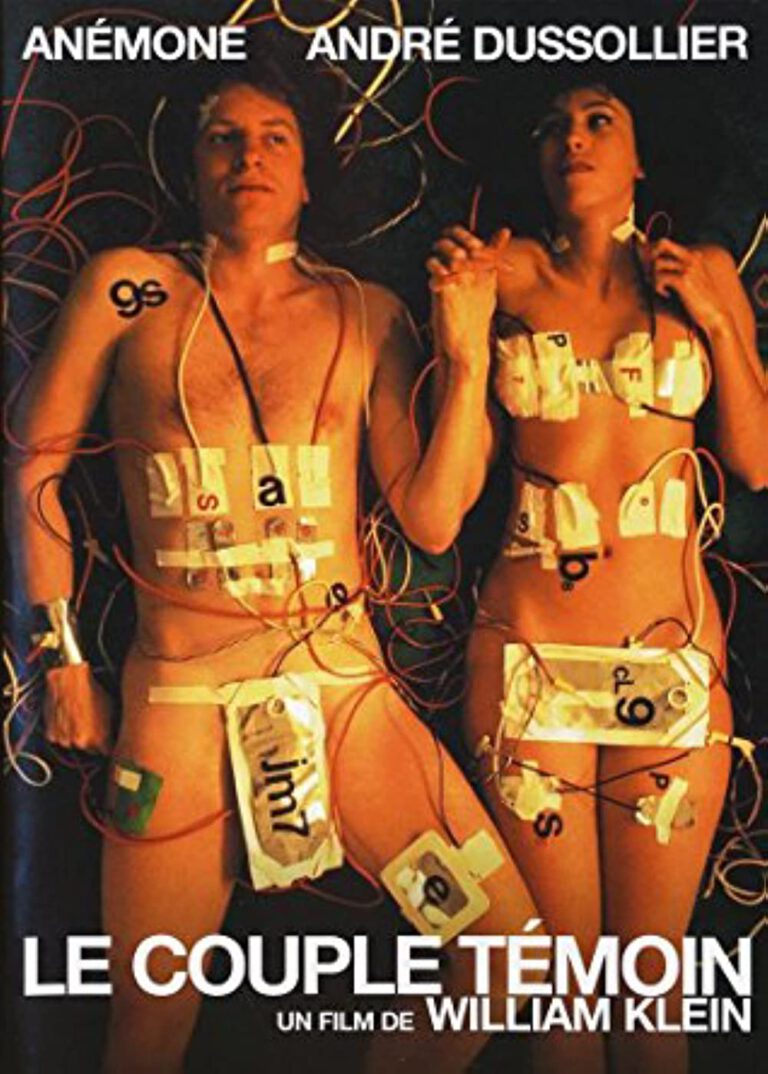 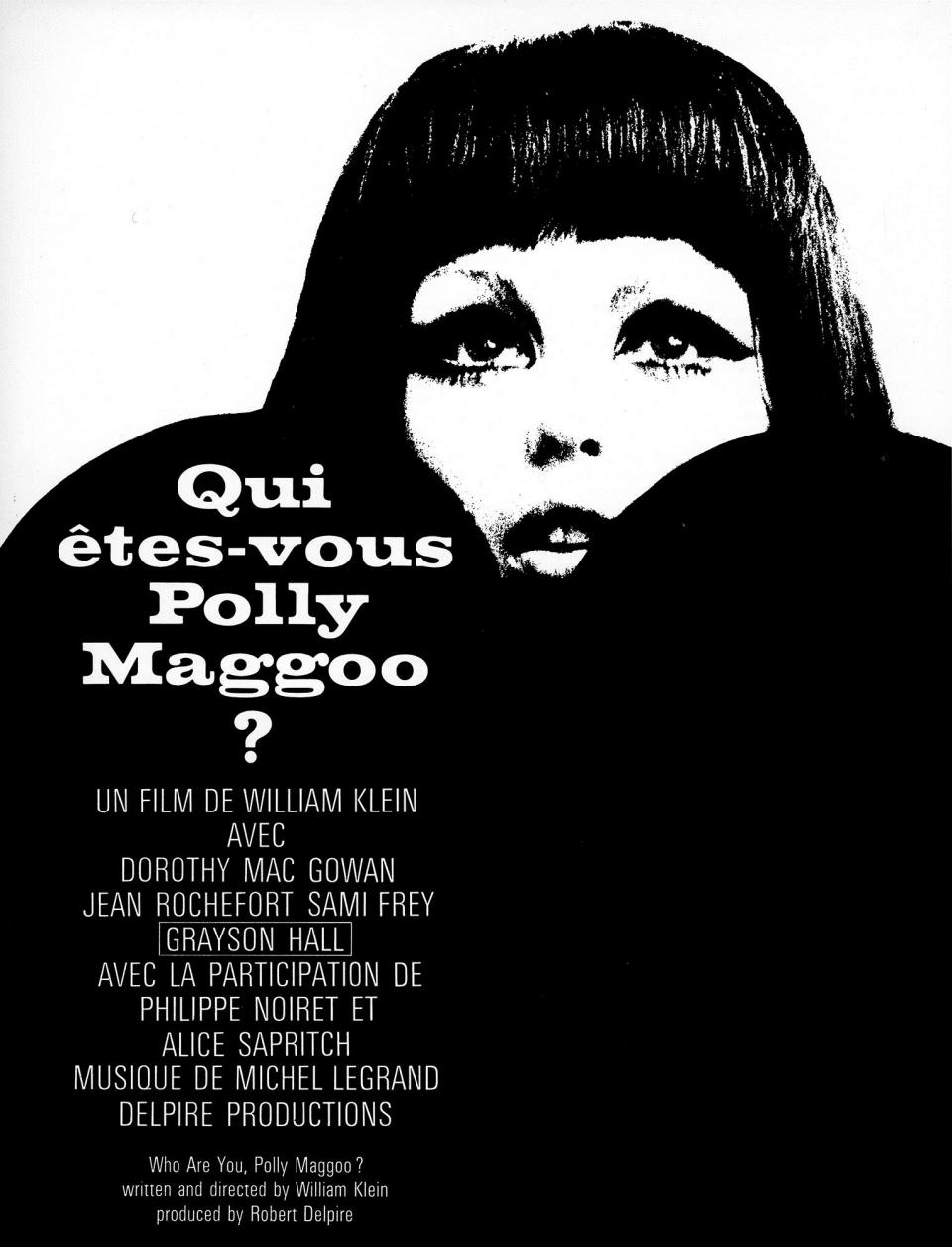 20-year-old Polly Maggoo (Dorothy McGowan) from Brooklyn is a successful model in Paris. She runs in the big fashion shows and establishes herself where the powerful magazine editor Ms. Maxwell (Grayson Hall) rules the fashion world. Soon, a television crew takes notice of Polly and her exciting life. She becomes the protagonist of an episode of the television documentary „Qui êtes-vous?“ and from now on, documentary filmmaker Jean-Jacques Georges (Philippe Noiret) and Prince Igor (Sami Fey) of Borodine, a small country in the Soviet Union, follow the pretty young woman and capture everything on camera. Viewers see Polly’s arrival in the prince’s principality, observe her doing everyday things and learn more about her childhood. But Polly still remains unapproachable and soon the question arises: Does Polly simply have a pretty face or is there more hiding beneath the beautiful surface? 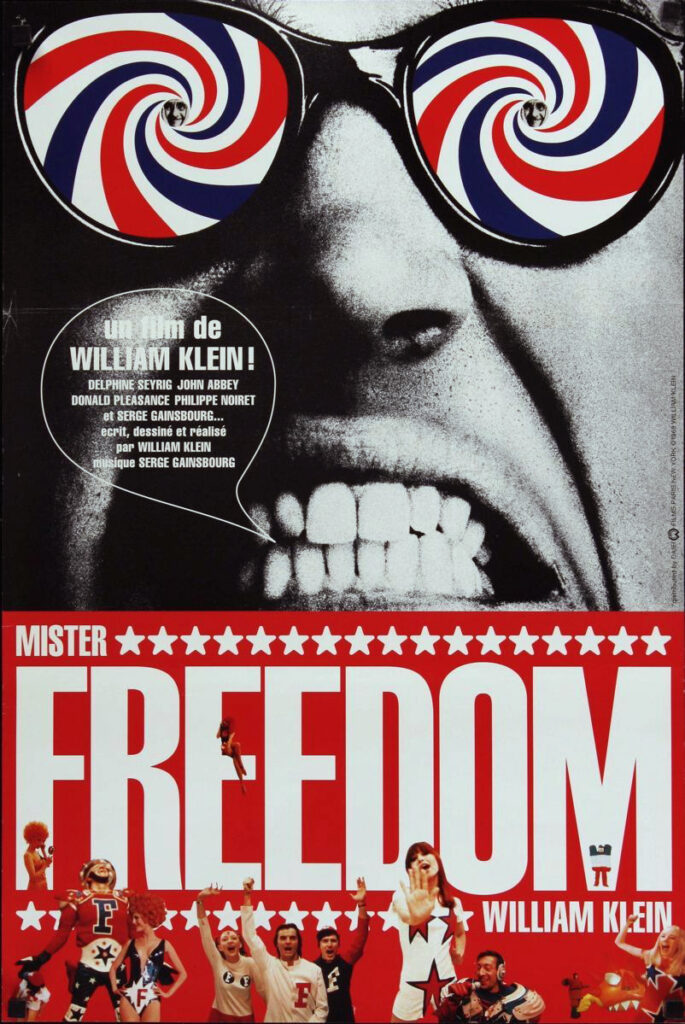 Mr. Freedom is a 1969 superhero film by the expatriate American photographer and filmmaker William Klein. An anti-imperialist satirical farce, it concerns the exploits of the titular white nationalist superhero and his sidekick, Marie-Madeleine (Delphine Seyrig), as they try to prevent a Communist takeover of France and solve the murder of a French superhero, Capitaine Formidable. In addition to Seyrig, the film features cameos by Donald Pleasence and Philippe Noiret, as well as the musician Serge Gainsbourg. 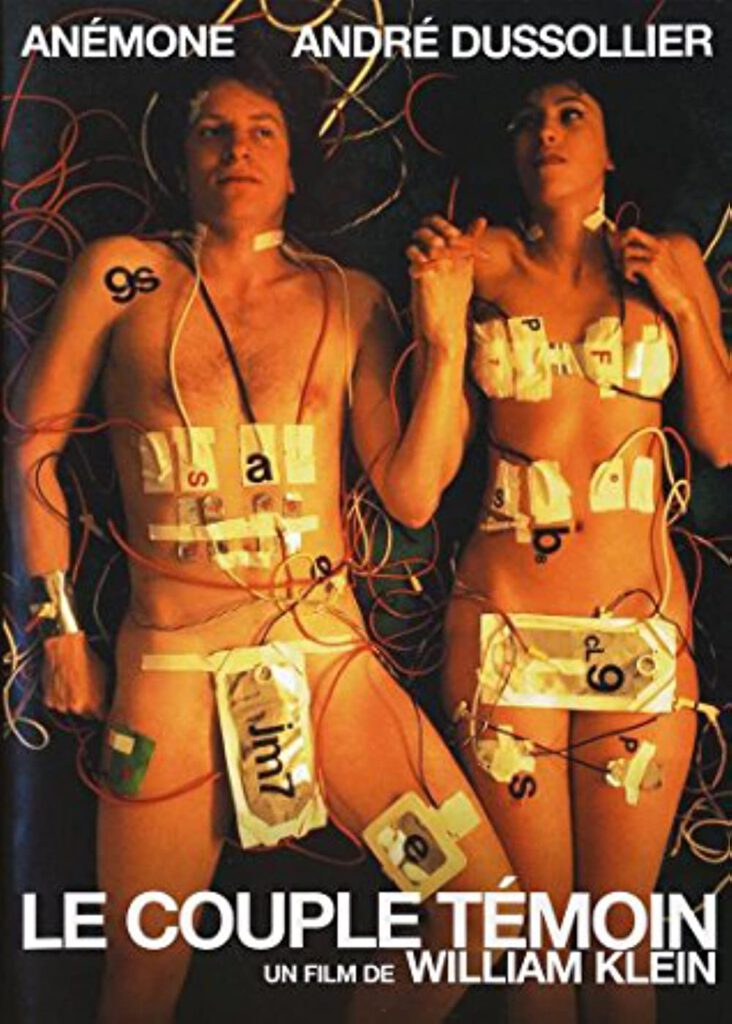 In 1970s France, Jean-Michel (André Dussollier) and Claudine (Anémone) are chosen by the Ministry of the Future to be the „model couple“, a heterosexual pair to be used as test subjects in order to create „a new city for the new man“ in the year 2000. Immediately upon their arrival at the test facility, Jean-Michel and Claudine are subjected to constant surveillance and monitoring by a pair of unfriendly sociologists (Zouc and Jacques Boudet) who constantly rate and evaluate the couple. The couple are asked to evaluate various state-of-the-art consumer products and to go through their daily routines in increasingly alienating and Kafkaesque circumstances.